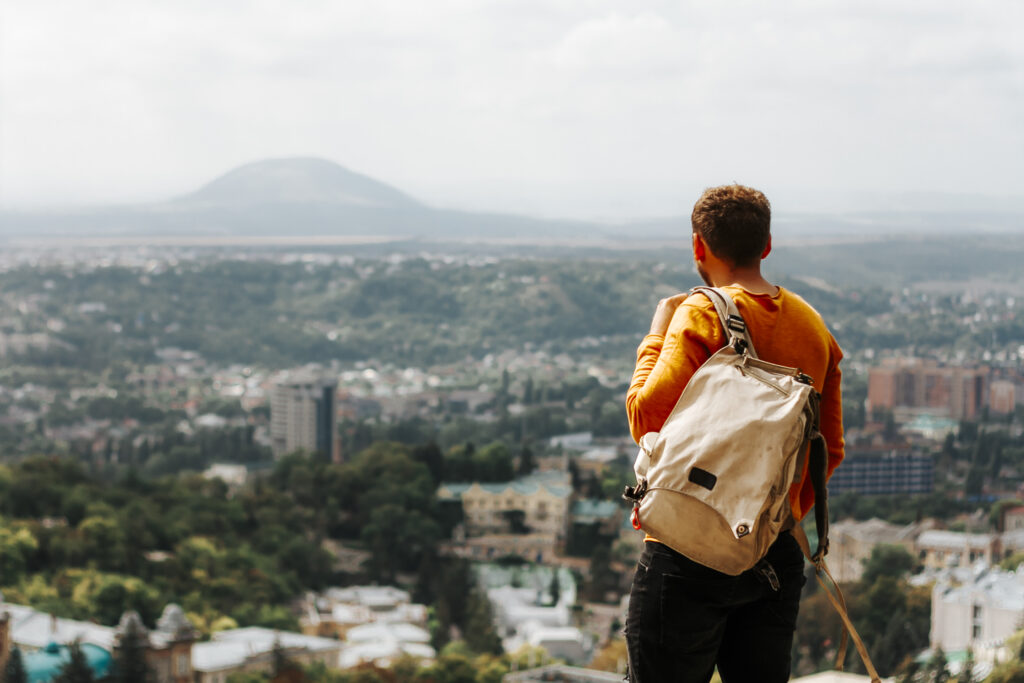 I grew up in Dallas, Texas, in the 70s. During my whole time there, until I left at age 18, I never once heard of Massage Therapy as something people did. It just didn’t exist in my small world.

It was a different world then. Most people in Dallas focused on football, paying their mortgages, raising their kids, and going to church.

When I was a kid, my mother, an RN (Registered Nurse) called a massage a back rub. It was something that a nurse would sometimes perform on a patient. A back rub was usually given to help sick patients relax, lower their anxiety, and get some sleep.

My three siblings and I all got back rubs from our mother. It always felt like a special time to me.

In a thousand years, I never would have guessed that someday people would PAY for a back rub in a clinic whose primary focus was basically back rubs!

Waiting to find MY CALLING!

I realize now that I did have a calling back then, I just did not know what it was. All I knew was that it had not called me yet.

So, I wandered around for a few years in my early 20s, going to the university and wishing I could find that one thing I wanted to do with all my heart, like other people seemed to have found.

Then, one day, the Dean of Humanities informed me, “This university is all about who has the best grades, gets the best jobs, and earns the most money!”

I knew right then that my calling was elsewhere. Time for me to go!

I loved taking classes and learning amazing things at the university. It was SO much more interesting than what I learned in high school. I felt alive and excited to discover a vast new world I barely knew.

After my conversation with the dean, when I had asked for a waiver to take ONE credit less during the upcoming semester,  and he explained the overall profit motive of being a university student, I realized I was in the wrong place. I didn’t know my calling yet, but I definitely knew what it was not. So, I dropped out the next day.

Thanks to a friend and my newfound idea that, if you’re doing nothing, you can Do Nothing Anywhere, I wound up in the Sahara Desert a few months later! I was working as a surveyor for a geophysical company and looking for oil. Yup! From Austin, Texas, to the vast Sahara Desert of Egypt.

My next lesson: The Corporate Blame Game – Still waiting for my calling!

Someone on the Geophysical crew explained that the first rule in the corporate world was to be ready to blame someone else for your mistakes. After a year, I became the target of that type of blame. Well, looking for oil in Egypt was not my calling either, so I quit and began to wander around Europe, doing more nothing anywhere.

Eventually, after hitchhiking, working, and exploring Europe and the UK for several months, I set off for India.

Riding the bus from Tehran, Iran, through Afghanistan, into the famous Khyber Pass, and down into Lahore, Pakistan was unforgettable. And so was taking the 3rd class train from Dharmsala, home of the Dalai Lama, down to New Delhi and across to the Buddhist holy sites – Sarnath, home of the Deer Park of Buddha’s first sermon, and Bodh Gaya, where Buddha realized his enlightenment under the Bodhi tree.

Finally, after several months of crisscrossing India, I ended up on the beach in Goa! I decided I needed a break from all the travel and searching for the truth in the Buddhist holy sites. Unfortunately, my little break from buses and trains only lasted a couple of weeks.

I ran into a friend I had met on the road and had chatted with for a few hours, both in Dharmsala and in New Delhi. “You gotta come to this place I found, man!” He knew me from our previous long conversations, so he knew exactly how to sell me. And he convinced me. I left a few days after the February Full Moon Party on Anjuna Beach! Wow!

I got to the lovely, peaceful ashram after a 14-hour bus ride from Goa, and my friend was right; it was a great place. So I hung out for a while and began working as a gardener. Many unique people were living and working in the ashram, and I began to make a few friends as I went to the meditations and Sufi Dancing events.

One of my new friends and I were talking one day when she casually mentioned that she occasionally helped the Rolfers, the deep tissue massage people who did some work in the ashram. She told me there were some specific techniques they practiced that required small fingers and hands to perform well.

It hit me like a lightning bolt! THIS is my calling! Massage Therapy!

As she spoke, it dawned on me, that she was talking about a real, live profession involving massage therapy. I knew at that moment that’s what I was meant to do. I didn’t know anything else, the how, the where, the financial viability, nothing, except this was my calling!

Meanwhile, as the months and years rolled by, I began to wonder how or when I would find a way to answer my calling and become a trained massage therapist.

I continued to travel for another eight years.

When I eventually settled down on the beautiful island of Maui, Hawai’i, I almost immediately signed up for massage school, did an apprenticeship, got my license, and was off and Rubbing!

My license was completed on Sept. 11, 1991. Since then, I have done hundreds of hours of advanced training workshops and worked on thousands of wonderful people who taught me boatloads of things about how the body works.

To this day, I still look back at the end of each and every day giving massages and I feel grateful and fulfilled. I have indeed found my calling!

Massage Therapy in Portland, Oregon, the next chapter!

After 29 years of doing massage and living on Maui, my wife and I realized one day that it was time to change the scenery and explore other places. For 35 years we had gone to every fabulous beach on every island and hiked countless miles all over Maui, Kaua’i, and the Big Island.  It was time for a new adventure!

For 30 years, we had humongous veggie gardens, two separate flocks of hens, three bee hives, and a medium-sized home-based plant nursery. Yes, I was crazy about the farm life and am grateful for the opportunity to have lived that life fully for almost 30 years! This was all while I pursued my career as a massage therapist.

Somewhere around 2007, I began to take Argentine Tango lessons by myself as my wife was so busy dancing the hula and organizing hula events. She joined me in tango a year later, and we began to visit Portland every year from Maui to come here and take classes and just dance with dozens of good tango dancers who lived and visited here. Now that we live here in South East Portland, we can go dancing seven nights a week if we want.

Besides tango, I also love riding my bike, which a very dear friend on Maui gave me as a parting gift. I still love to go hiking all over the Pacific Northwest neighborhood, gazing at the moon, planting flowers, and enjoying all the incredible trees and plants in our Sunnyside/Mt Tabor neighborhood.

Plus, I love meeting new friends and getting to know my new community. While I was living in Maui, I never could have guessed how much I would love living here in Portland!

It’s a beautiful life that fills me and my wife with overflowing gratitude every day! 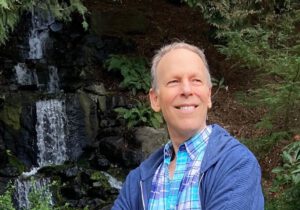 Welcome to the Listening Hands Blog

Aloha! Welcome and thank you for coming to my blog page.  I say Aloha because I lived in Hawai’i for 30 years and I have learned that it is a perfect greeting for anyone whose world intersects with mine.

After many years, my love of helping people feel better and my love of writing have merged. So, I will be posting regular blogs on my favorite and most useful DIY health and wellness tips.

Feel free to email me with your ideas and questions.  I want to know where you need help or where YOU have been helped!. Plus, a writer can always benefit from new material.

We use cookies on our website to give you the most relevant experience by remembering your preferences and repeat visits. By clicking “Accept”, you consent to the use of ALL the cookies.
Do not sell my personal information.
Cookie SettingsAccept
Manage consent

This website uses cookies to improve your experience while you navigate through the website. Out of these, the cookies that are categorized as necessary are stored on your browser as they are essential for the working of basic functionalities of the website. We also use third-party cookies that help us analyze and understand how you use this website. These cookies will be stored in your browser only with your consent. You also have the option to opt-out of these cookies. But opting out of some of these cookies may affect your browsing experience.
Necessary Always Enabled
Necessary cookies are absolutely essential for the website to function properly. These cookies ensure basic functionalities and security features of the website, anonymously.
Functional
Functional cookies help to perform certain functionalities like sharing the content of the website on social media platforms, collect feedbacks, and other third-party features.
Performance
Performance cookies are used to understand and analyze the key performance indexes of the website which helps in delivering a better user experience for the visitors.
Analytics
Analytical cookies are used to understand how visitors interact with the website. These cookies help provide information on metrics the number of visitors, bounce rate, traffic source, etc.
Advertisement
Advertisement cookies are used to provide visitors with relevant ads and marketing campaigns. These cookies track visitors across websites and collect information to provide customized ads.
Others
Other uncategorized cookies are those that are being analyzed and have not been classified into a category as yet.
SAVE & ACCEPT