I just returned from having a massage by Peter Black whose “listening hands” could not have found and treated my problem areas more expertly and effectively. As someone who gets massages on a fairly regular basis, I don’t often write reviews. Most massages are pleasant enough, but few compel me to recommend the therapist to others. However, Peter stands out. He is absolutely fantastic.

He used to work at the Four Seasons Resort, an environment from which he adopted a multitude of luxurious spa touches, such as rubbing your hands and feet with a warm, damp cloth prior to the massage (feels so nice…). He makes sure you are the most comfortable you can be, and besides soothing music, he also plays a recording of Hawaiian surf in the treatment room.

But while these extras are wonderful, Peter’s real gift lies in how he applies his keen knowledge of anatomy to your body. He quickly diagnoses what your body needs and focuses his attention and skill on improving those areas that are crying for help. As soft-spoken as he is, you might be surprised at the strength of Peter’s hands and healing energy. I usually have to ask for more pressure in deep-tissue massages, but Peter’s “medium” felt just right. He used some movements and techniques on me that I had never before experienced, and he worked on spots that no one else had ever identified as problematic (but they were…).

The result: I felt amazing afterwards. And I wished that instead of the one hour, I had booked 90 minutes. It is unfortunate that I live far away and am here only on vacation, because if Peter were closer, I would schedule all my massages with him. Go book your next massage with him: you won’t be disappointed. 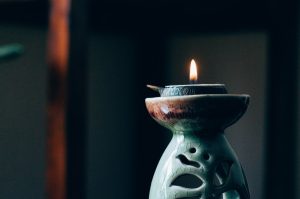 Welcome to the Listening Hands Blog

Find out more about my practise and techniques.